Our dear friend, Angie Sbrocchi, was the inspiration behind 'Mave's Variety'.

Faced with a terminal illness, Angie encouraged us to "just keep making art".

It's also about the artistic process Angie would undertake in her artistry, turning copper into purples, golds and silvers.

Last November, Jess and I teamed up with Jon Lepp (photo/videographer, musician) to spend a day in nature.

We hiked into the Niagara Gorge in the brisk but sunny morning with a plan to shoot a music video for Ang.

Our thoughts were to focus on being in nature, surrounded by tall trees, enormous boulders and roaring rapids.

Niagara is a place of immense beauty: subtle and strong at the same time, just like Ang.

Jon did a great job capturing footage and working psychedelic overlays into the video.

The psychedelic theme matches the guitar solo that runs through a rotating Leslie speaker for a swirling effect.

The last I heard from Ang she congratulated me on making the album.

She said she would be present for the album release and a few days later she passed away.

I haven't really known what to do with the music video since, so I've held off sharing it.

But sharing art is the right thing to do or else it will be lost.

We're going to organize a group hike into the Niagara gorge this Fall to remember Ang, as well.

I'm real proud of the journey Jon's on these days and it was great to spend time together making this video.

Be good to yourself and be mindful of the goodness around you, even in a crumbling world. 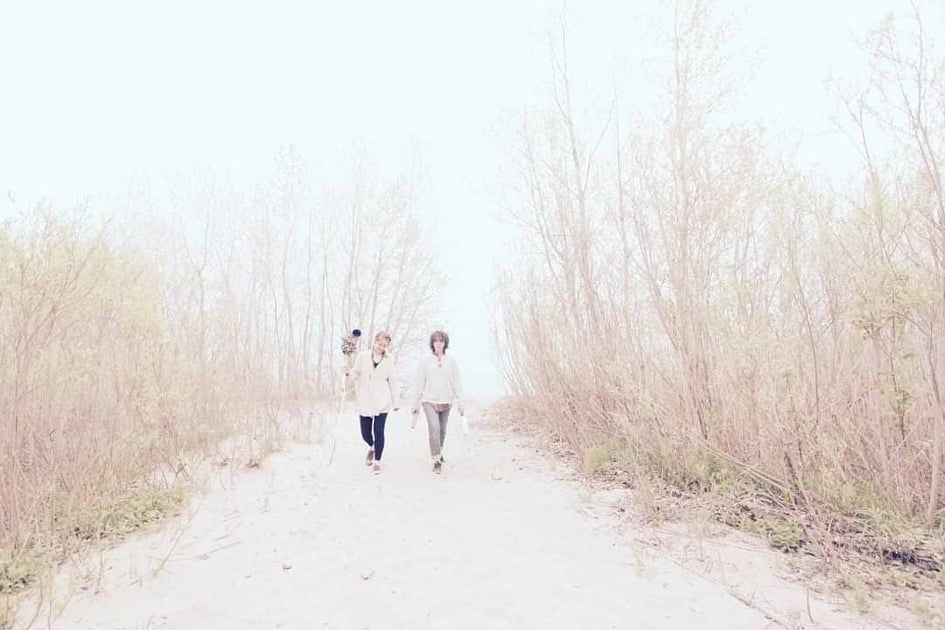