Rolling with the Punches: Pandemic pulls Brandon Agnew back to music

Brandon Agnew spends his days navigating the pandemic for the region’s most
vulnerable citizens.

His nights belong to music.

At a time many singers and musicians are seeing their careers threatened, Agnew
decided to pick up where he left off 11 years ago. “Mave’s Variety,” made with his
Niagara band Brandon Agnew & The Pocket 4’s, is his first batch of tunes since his EP
“Nola” in 2010.

On the line from Hamilton, the former Niagara resident says he reconnected with an old
musician friend during the pandemic and realized there may not be a better time to
make music, even if he couldn’t perform it.

“Music is about having good memories with people you really admire,” he says. “I made
music 10 years or so ago, then not so much over the last decade. What better time than
right now to dig deep and write some songs.”

Working for public health in Niagara, Agnew is a community health broker, a mix of
social and community-development work. It involves helping people struggling with
poverty through the pandemic.

“Your heart is always wondering how people are doing,” he says. “It’s tough.
“Right now, we’re being called in to support the Indigenous COVID clinics that have
been up and running, to make sure everybody gets an appointment time.”

Being pulled in several directions and now “staring into the unknown” for the rest of the
year can lead to exhaustion. Instead, Agnew poured his leftover energy into songwriting.
It became his own “self-care strategy.”

“To me it was a silver lining of having extra time on my hands and not wanting to drift
into bad habits or cynicism. I thought, ‘How can I channel this in a disciplined way, do
some self-reflection and have some creative output?’”

The pandemic couldn’t help but creep into songs such as “Rolling Fever” and “Roll With
the Punches,” but the ensuing album is by no means a downer. It’s punchy blues rock
with nary a hint of the troubled times it was made in. It was recorded in Toronto during
a brief window with bandmates James Gizzie (guitar), Bob Goodall (drums), Benny
Gutman (guitar) and Andrew Barbisan (bass).

“I think because it was such a strange time, and still is, it actually helped that creative
exploration process,” he says. “It was surreal so it was kind of easy to tap into different
perspectives and narratives.”

The album will be released via bandcamp.com on May 21. While there are no shows or
even a CD release party to look forward to, Agnew is grateful just to be making music
again.

“My heart goes out to people who’ve relied on producing art and culture, who have been
stuck for a while,” he says. “But for me, it was the catalyst to get back into making art
and telling stories again.” 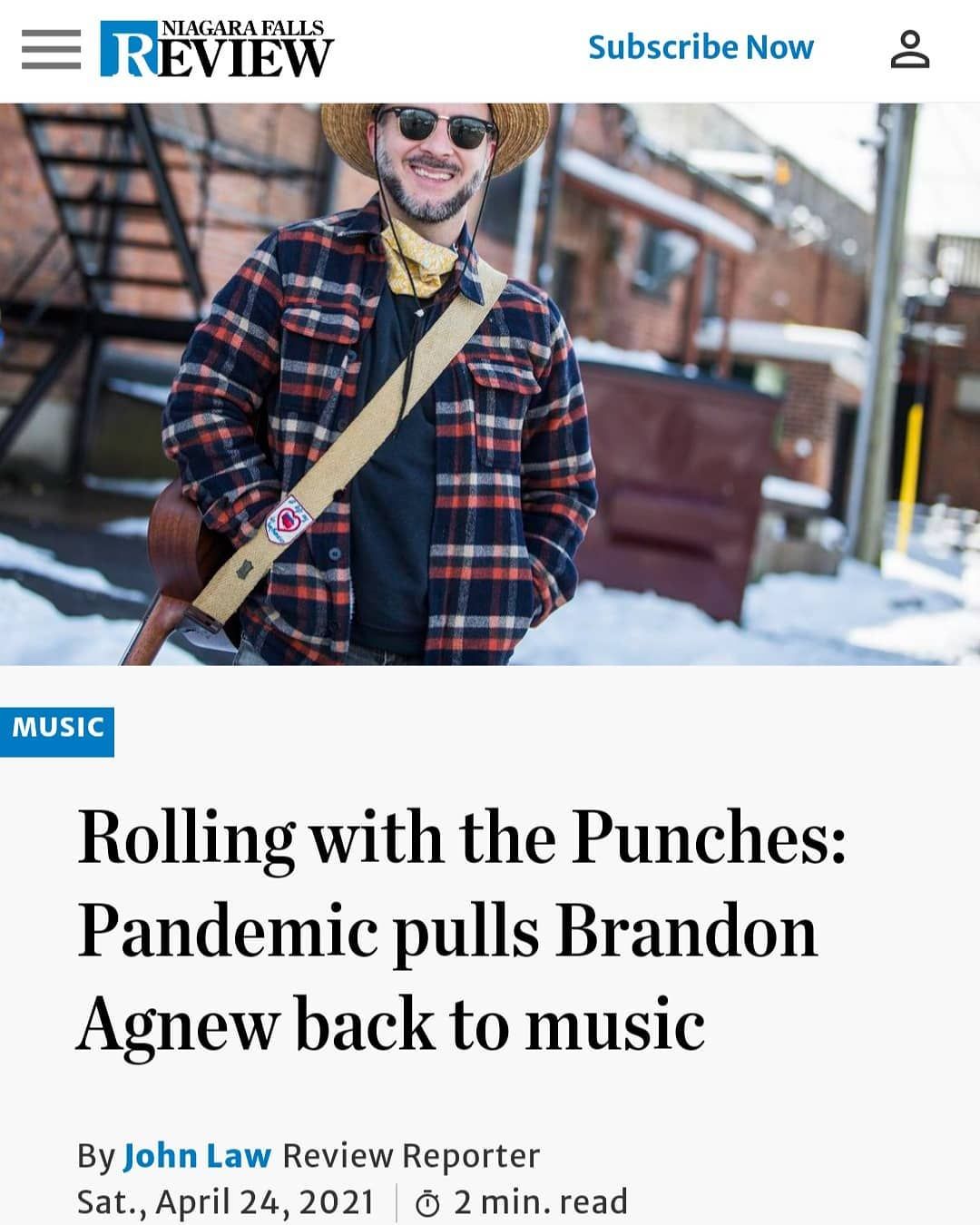